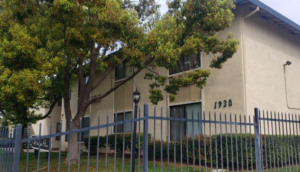 New apartments are popping up across the Sacramento region, but not everywhere. And investors appear to be noticing where they’re not.

Oakland-based Redwood Property Investors LLC has bought three apartment properties in Arden-Arcade alone in recent years, two of them in the last month.

In its most recent deal, Redwood Property bought 41-unit The Wright Place at 1930 Wright St. for $5.6 million in an off-market transaction that closed last week.

Tim Swanston, a senior vice president at North Coast Commercial Inc. who brokered the sale, said a lack of supply in areas like ArdenArcade raises the interest in existing properties.

“There’s high demand because of the migration from the Bay Area,” he said. “All the new construction is in Midtown/Downtown, and other than the one by Arden Fair mall, no one is building large apartment properties in Carmichael or Arden-Arcade.” A message left with Redwood Property was not returned, nor did the seller, listed in records as Ebrahim Ibrahimzada, return a message.

Those records show Ibrahimzada paid $1.33 million for the property in 2015. At the time of sale last Thursday, Swanston said, The Wright Place was 100% leased with all tenants paying. Typically, new owners of a property will still improve units as they become vacant, then rent them out at higher rates, Swanston said. Because most apartment properties in areas like Arden Arcade are at least 30 years years old, they’re virtually affordable housing compared to a new property, he said.

In addition to Swanston, Phil McDaniel of North Coast represented the buyer in the deal, while the seller represented himself. Last month, Redwood Property paid $7.1 million for 48-unit Arden Park Apartments, at 2442 Wyda Way.

That was about 18 months after the investor bought 60-unit Apartment Lane, across from Arden Park at 2445 Wyda Way, for $8.26 million, records show.

Our team is dedicated to creating defined investment strategies for commercial real estate portfolio development with an emphasis on security and solvency.